Dwyane Wade is many things beyond being one of the most celebrated athletes in the world, he is an entrepreneur, a dedicated father, an investor, a philanthropist, a TV personality, and a foodie. More specifically, Dwyane Wade has a passion for delicious burgers.

Chef Richard Ingraham has been part of D. Wade’s kitchen for over a decade and the inspiration for Dwyane’s love of burgers. A true culinary enthusiast, Chef Richard shares his love of recipe creation and cooking skills by providing scholarships to help high school graduates attend culinary school.

Hossein Kasmai is the CEO and founder of both Combo Kitchen and Franchise Creator. He has built many successful concepts from the ground up that have been ranked by Entrepreneur Magazine among the top 500 franchises and the top 100 fastest-growing franchises. More specifically, Hossein Kasmai has a passion for expanding food concepts.

Together, they are D. Wade Burgers. Through Combo Kitchen’s unique ghost kitchen franchise model and Chef Richard’s culinary expertise, Dwyane Wade is bringing his line of signature burgers to a city near you. 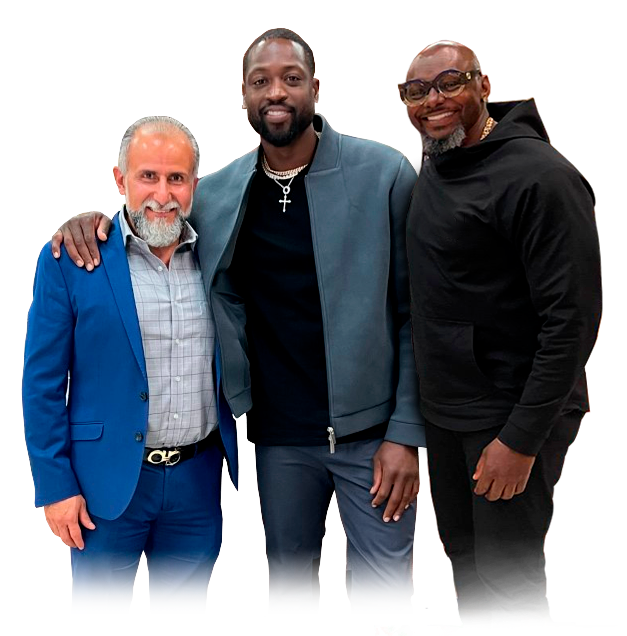